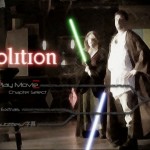 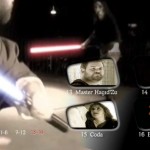 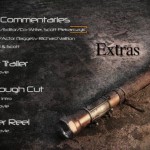 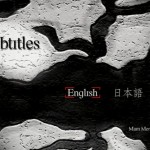 This was a fun project for a short Star Wars fanfilm. We reckoned that if you’re going to pretend to be making a Star Wars movie, why not go all the way with the DVD and include glitzy menus and plenty of featurettes and extras!

The film takes place in a single location, a bar (or a “Space Bar” in this case, I suppose) so we let that be the “world” of the film and took visual cues from the set. The background of the Subtitles Menu was a painted scrim that was hanging behind the bar and the four-cornered “door” that closes when a menu selection is made was based on the walls near the entrance (I hope to have a video of this up soon since you really have to see it in motion).

A majority of the film is an action sequence so naturally we made sure that lightsabers featured prominently in all the visuals.